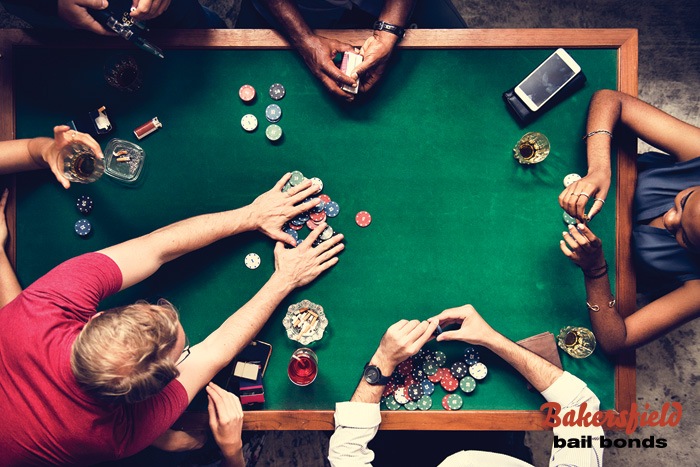 When it comes to gambling, California lawmakers want to make sure that they’re involved in it. It’s okay to play state lotteries and to enjoy a night out at the casino. That’s all fine and dandy. What makes California lawmakers grumpy and could result in you facing criminal charges is gambling in the form of:

Getting caught doing any of these things could result in you facing serious criminal charges.

The issue of illegal gambling in California is discussed in Penal Code 337 PC. The way the law is written, the prosecutor handling the case can look at the details surrounding your case, investigate how much money was involved in the illegal gambling program and decide if they want to charge you with a misdemeanor or a felony.

California is particularly hard on anyone that they feel is acting as a bookie or who is involved in pool-selling. They are quick to crack down on both types of behavior.

Pool selling in California is an act that takes place when you have shares/chances in a betting pool and you sell them to other people. It’s not uncommon for minor instances of pool selling to happen in workplaces/online etc, particularly during specific sporting seasons. In many cases, the small, inter-office sports pools are illegal, but the authorities rarely get involved unless the pool becomes huge or that particular pool involves a massive number of people.

Getting busted for bookkeeping is very serious. California considers your actions illegal bookkeeping when you start actively taking bets from other people. It doesn’t matter if these bets are written down or if they are exchanged orally. If the intent is there, it’s illegal. Bookkeeping (and bookies) are most commonly associated with horse racing though the action is hardly limited to that one sport.

Illegal gambling in California is one of the state’s wobbler offenses. When the prosecutor receives an illegal gambling case they look at two things, the circumstances (and amount of money) surrounding the illegal gambling activities and your criminal history. Based on these things, they decide whether they want to pursue felony or misdemeanor charges.

If you’re convicted of misdemeanor bookmaking/pool selling, you can be sentenced to one year in a county jail and charged up to a $5,000 fine. A felony conviction means being sentenced to 16 months, 2 years or three years in a state prison. The fine connected to a felony bookmaking conviction remains $5,000. In some cases, the prosecution may also pursue fraud charges.

Bakersfield Bail Bonds Have Ways to Show You Love

Our goal is to have bail posted and our clients released from custody as quickly as possible while providing the ...
Read More

Arrested in Bakersfield? We can help!

Is your loved one or someone you know in jail? The bail agents at Bakersfield Bail Bonds can help you! ...
Read More

Use Your Right To Bail With Bakersfield Bail Bonds

Bail exists to keep normal, ever day, innocent until proven guilty people out of jail during their trial. This way ...
Read More

In any business, customer satisfaction is key. No business can survive without good customer service. This is why the people ...
Read More

Bakerfield Bail Bond Store® – Absolutely There When You Need Us

For the twenty-seven years Bakersfield Bail Bonds® has been serving the people of California. Their bail agents pride themselves on ...
Read More