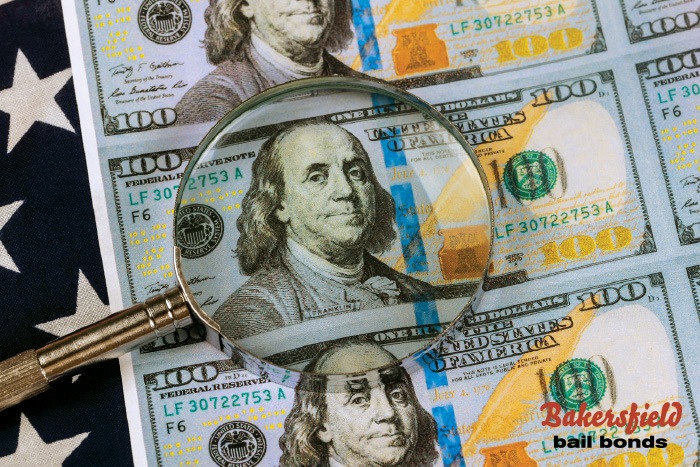 Life is expensive and there never seems to be enough money to cover everything. While the majority of us simply struggle to get by, there are some who take a different approach to the financial crunch. They make their own.

Many people would be surprised by how much counterfeit money is floating around the world. It’s estimated that there is approximately $200 million in counterfeit bills circulating through the United States economy. Most people assume that all counterfeit bills are $50s and $100s but that’s not the case. Reuters reports that the bulk of counterfeit bills are actually $20s which simply aren’t inspected as closely as the larger bills.

In California, making and distributing counterfeit money, no matter what the denomination, is a crime. The catch is that in order to secure a conviction, the prosecution must prove that you knew the money was counterfeit and that you intentionally introduced it into the economy. If you can prove that you obtained the counterfeit bill from another source, such as the grocery store or bank, you won’t be convicted. Just remember that the burden of proof is on you.

Interestingly, California can choose to charge you with either felony or misdemeanor forgery. The determining factor is the amount of money involved in the scandal. If it’s less than $400, you’ll be charged with a misdemeanor. The maximum sentence is a year in a county jail. There’s also a possibility you’ll be placed on probation, have to pay a fine, be required to perform community service and maybe get court-ordered counseling.

When the amount of the forgery passes $400, you’ll be charged with felony forgery. A guilty conviction carries a sentence of up to four years in prison. Felony forgery is one of California’s Three Strikes Laws so the sentence for the third conviction will be quite severe.

Forgery and passing out counterfeit money isn’t just a state crime. It’s also likely that you’ll be charged with a federal felony. If the FBI gets involved in your case and you’re convicted of using counterfeit currency to defraud someone, you could be sentenced to 20 years in prison and also face some incredibly steep fines.

Bakersfield Bail Bonds Have Ways to Show You Love

Our goal is to have bail posted and our clients released from custody as quickly as possible while providing the ...
Read More

Arrested in Bakersfield? We can help!

Is your loved one or someone you know in jail? The bail agents at Bakersfield Bail Bonds can help you! ...
Read More

Use Your Right To Bail With Bakersfield Bail Bonds

Bail exists to keep normal, ever day, innocent until proven guilty people out of jail during their trial. This way ...
Read More

In any business, customer satisfaction is key. No business can survive without good customer service. This is why the people ...
Read More

Bakerfield Bail Bond Store® – Absolutely There When You Need Us

For the twenty-seven years Bakersfield Bail Bonds® has been serving the people of California. Their bail agents pride themselves on ...
Read More