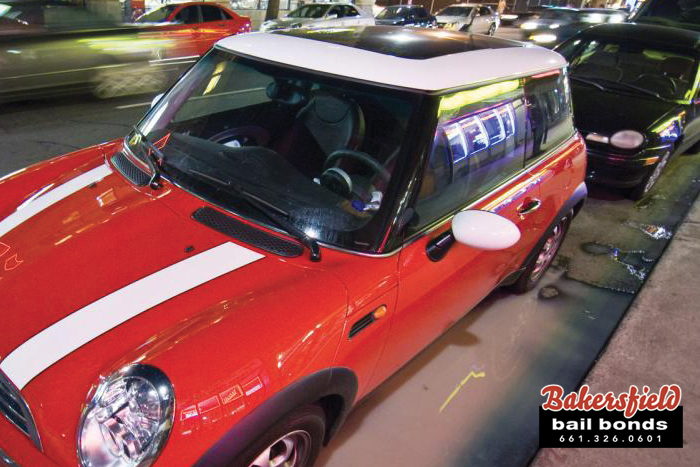 Having tinted windows on your car while driving might reduce some of the glare you experience, tinted windows look cool, and they can help keep the interior of your car cooler. However, if you’re driving in California, you should know that the tinted windows you love so much are illegal. If you’re spotted by a patrol cop, they can use your tinted windows as an excuse to pull you over.

The official reason lawmakers have given for no longer allowing vehicles to have tinted windows is because they feel the tinting is a safety hazard because it obstructs viewing.

While there’s likely some truth to that, it’s equally likely that clear windows encourage people to obey traffic laws and not do foolish things like talking on their cell phones, organizing clothing, or drinking alcohol while driving.

Restrictions on window tinting in California have been around for a long while and are statewide, but many people get confused because certain police departments are prone to enforcing the no tinting laws, while others simply ignore tinted windows.

If you’re thinking about jazzing up your windows, be aware that cops are allowed to both pull you over and issue a ticket if you have any type of material displayed on your rear window, side windows, or windshield. In addition to tinting, that includes window decals and stickers. The larger the tinted/covered space, the greater the chances of you getting pulled over become.

While you can’t tint all of your car windows so dark that no one can see into the interior of your car, the state of California allows to use some tints provided they aren’t amber or red in color, there’s no opaqueness in the covering, the tinting or stickers used don’t reflect sunlight and headlights, which creates glare that can temporarily blind oncoming drivers. The material used to cover the windows much provide a minimum visible light transmittance that measures no less than 88%.

If a police officer pulls you over because of tinted windows and you don’t have a bench warrant, they’ll give you a fix-it ticket, however, if you do something to irritate the officer they’re well within their rights to issue a vehicle code infraction which can have a fine of up to $190.