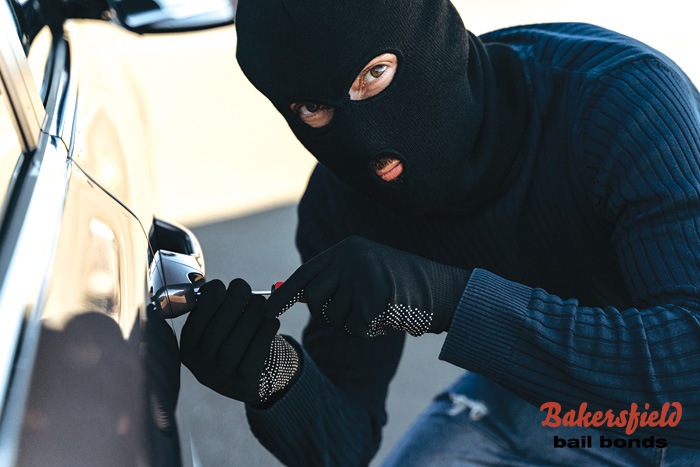 Auto theft is a massive and expensive problem. The Insurance Information Institute reports that in 2019, 219.9 cars per 100,000 people were stolen. The average value of the stolen vehicle was $8,886.

The good news is that while you might not be able to totally prevent yourself from being a victim of auto theft, there are some things you can do to resist the odds of your car attracting a car thief.

It sounds basic, but the best thing way to prevent your car from getting stolen is never leaving your keys in the vehicle. Seeing a set of keys sitting the cup holder or still in the ignition is just too much for some people to resist. Plus, you don’t want to have to explain to the responding officers or your car insurance company that your keys were stolen along with the car.

Get into the habit of locking your car all the time and not leaving the windows down. Car thieves know that the key to a successful theft job is quickly gaining access to the vehicle. They don’t want to attract attention by breaking a window or trying to jimmy the lock. In most cases, the thief will leave the locked car alone and look for an easier target.

Don’t leave any valuables in your car, and if you do leave them in the car, place them somewhere that they won’t be noticed by someone walking past your car. This includes things like cell phones, tablets and nice clothing.

At night, try to make sure your car is parked under a streetlight or locked in a garage. Car thieves look for vehicles that are parked in shadows so that they can hide in the darkness while they break into the vehicle.

Consider hiding your registration. You should already know that you never keep the title in your car, but it’s not a bad idea to store the registration somewhere other than the glove box. Not knowing where the registration makes it harder for the thief to prove the vehicle is theirs if they’re pulled over.

Avoid parking in areas of high crime is one of the best things you can do to prevent yourself from being the victim of a car thief. If you suddenly start to hear reports of nearby cars getting stolen or vandalized, it might be time to look for a new parking area.

The best way to prevent yourself from being a victim of car theft is using common sense, keeping your car locked and being aware of your surroundings.