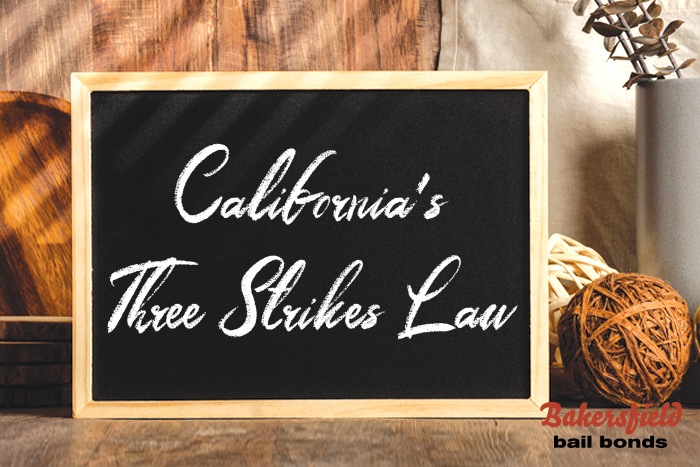 California’s famous three strikess law was created in 1994 and received voter approval. The murder case of Polly Klaas and Kimber Reynolds was the catalyst for implementing the three strikes law.

Kimber Reynold’s life was brutally ended in 1992 during an attempted mugging. One of the muggers pulled a gun, placed it against Kimber’s ear and pulled the trigger before fleeing the scene. Kimber later passed away in the hospital.

A man by the name of Douglas Walker was arrested for his involvement in Kimber’s murder. Walker was able to avoid a life in prison sentence by striking a plea deal. It was quickly revealed that Walker had a history of committing violent felonies. Walker’s violent history prompted Kimber’s dad to start persuing and lobbying for the three strikes law.

In 1994, Polly Klaas was having a great time with friends at a slumber party when she was kidnapped. For two months, the police searched for answers. Polly’s body was eventually found in a shallow grave. She’d been strangled.

Richard Allen Davis was arrested and charged with both the kidnapping and the murder of Klaas. During his trial, it became obvious that Davis also had an extensive history of crime that included assault, attempted sexual assault and kidnapping, abduction and armed robbery.

Kimber Reynold’s father includes Davis in his lobbying attempt for the three strikes law. He quickly pointed out that had there been a three strikes law in effect before the early 1990s, both Kimber and Polly would be alive.

When California’s residents voted on the three strikes law, they were told that if the law passed, it would keep murders, rapists and others who had a history of violent felonies behind bars. While this has happened, it also turns out that many of the people who have had sentences impacted by the three strikes law aren’t guilty of violent crimes and are actually being forced to serve 25 years in prison for relatively minor offenses.

A common misconception people had with the three strikes law when it was originally enacted is that the person impacted by the law has been convicted of the same crime on three separate occasions but that’s not the case. In many situations, the individual has been convicted of three different crimes. An example of this would be someone who has a felony drug conviction, a felony grand theft conviction and a felony bribery conviction.

In 2012 California residents decided that the three strikes law had gone too far and they enacted the Three Strikes Reform Act (also called Proposition 36) which tweaked the original three strikes act so that nonviolent felons didn’t have to spend the better part of their natural life behind bars.

When the three strikes Reform Act was passed, more than 1,000 prisoners were released. The best news is that of these 1,000 freshly released prisoners, only two percent were later charged with a new felony crime.

The way that the three strikes rule currently works is that anyone who is convicted for a grand total of three violent felonies sentence will be automatically extended. The extension is anywhere from 25 additional years to life in prison. It’s important to understand that the 25 years is added to the original sentence.

While most people are familiar with the three strikes rule, few realize that there is also a two-strike rule which automatically doubles the sentence of anyone who is convicted of a violent felony crime a second time.

The list of convictions impacted by the three strikes law include:

There have been some cases of a person managing to avoid the three strikes law after their lawyer argued that one of the previous convictions didn’t actually count as a strike.